While we think of Bhutan, we think of mountains, monks, and monasteries, of course. The kingdom of bliss and tranquility thrives with its age-old customs and traditions that have been adopted and practiced since time immemorial. If you’re on a quest for peace, then ditch the rest and indulge in Bhutan tour. The quaint kingdom has countless sacred sites, like pilgrimage places, monasteries, etc, where you can obtain the much-needed seclusion and peace.  Besides, the presence of some of the oldest monasteries in the country offers the ideal way to escape the chaos, and help you regain your peace and happiness. As Bhutan’s capital Thimphu is home to the major sightseeing places in Bhutan, it also has some of the oldest monasteries in the country. So, explore the oldest monasteries in Thimphu with taxi services in Bhutan and get enlightened about its interesting facts.

How to reach Thimphu?

Thimphu, Bhutan can be accessed with only 2 mediums, one is by flight, or is by road trip. Since the capital city is the pilgrimage hub, and if you’ve planned for a direct trip from Bagdogra, then you can pick a taxi from Bagdogra to Bhutan. To avoid the last minute rush and trouble, you can book your Bhutan taxi couple of weeks or days, wherein you can even avail best discounts on Bhutan taxi booking, 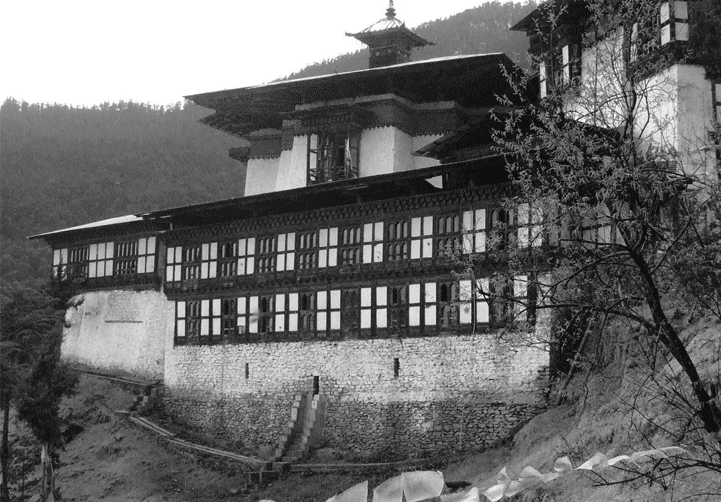 Chagri Monastery, also called Cheri Monastery is a 16th-century monastery built by the founder of the Bhutanese state, the first Zhabdrung Rinpoche.  Today, the monastery serves as a crucial center of learning for Tibetan Buddhism and retreat center. Snuggled in the northern end of the valley, it requires an hour of steep uphill walk to reach there.

The hike up to Chagri Monastery is breathtaking through luxuriant rhododendron and tall pine woodlands. Once you reach the top, you will get awestruck by the sight of monastery enclosed by the bright-hued prayer flags fluttering in the air, beautiful Buddhist murals that act as a major reason for attracting the travelers.

Location:  About 15 km northern end of the Thimphu Valley

Constructed by: Zhabdrung Ngawang Namgyal in 1620

Functions: The residential complex for the spiritual heads/ monks

Since holy places are best accessed by foot or a pilgrimage, but, if you’re not accustomed to climbing ups and downs, you can access the monasteries with taxi services in Bhutan. Not only that, you can even get huge discounts on Bhutan taxi rates if you book your transport couple of weeks prior to your visit. 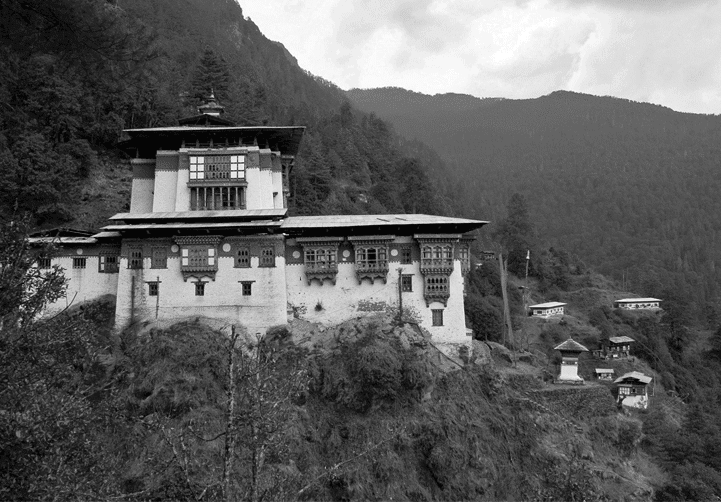 This 13th-century monastery was constructed for the meditation and obtained its name from the horse head deity. Presently, it is one of the major educational hubs in the kingdom.  The monastery houses 6 temples that have intriguing copper and old statues of Buddha. You can plan your visit to the monastery in the month of August and September to witness the annual summer festival called ‘Yarney’.

Designed by: Phajo Drugom Zhigpo in the 13th century

Constructed by: Tenzin Rabgye, the 4th Temporal Ruler in 1688

How to reach: If you’re an adventure enthusiast then you can plan your trip to the monastery with the exciting hike. But the most convenient way of reaching the spot is with Bhutan taxi services. They can be booked manually and online at the best taxi fare in Bhutan. 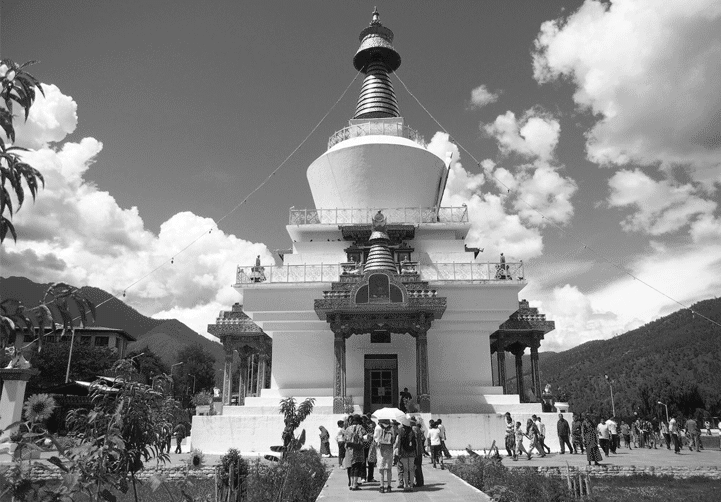 Well recognized and popular as Thimphu Chorten and Memorial Stupa, Memorial Chorten is one of the best places in the capital city and is the most beautiful sacred site. Comprising of golden bells, golden spires, murals, assembly halls, etc., but contrary to the other monasteries in the kingdom, Memorial Chorten does not contain human residues.

Location: Doeboom Lam in the southern-central part of Thimphu

Known as: “the most visible religious landmark in Bhutan”

How to reach: Located at a favorable destination, the monastery enclosed by the quaint ambiance and well-groomed garden can be reached by a hike, you can even avail the instant and best alternative of a taxi in Bhutan.

Pilgrimage tour is one of the best things that you can do while you’re in Bhutan. Despite the fact that pilgrimages are done by foot, you can even explore the sacred sites with Bhutan taxi services.  So, have a happy vacation in the realm of happiness.