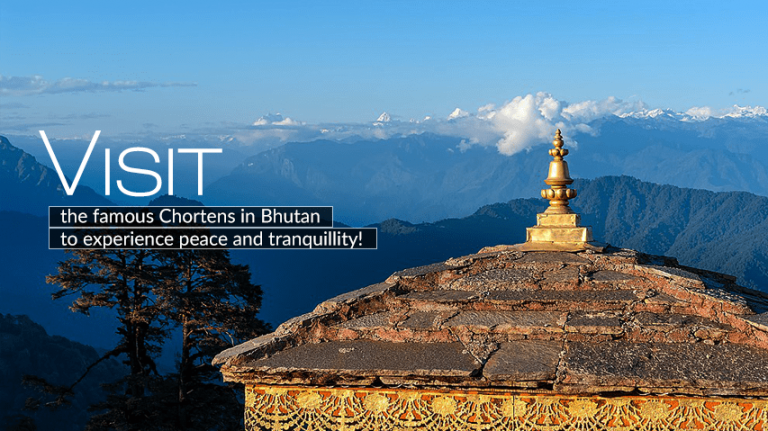 “Every country has its ethnicity but Bhutan preserves the best for people to appreciate.”

Chorten or popularly known as stupas are quite common in the Bhutan countryside. Thousands of Chortens can be found in this magical land near a Dzong, a monastery or even on the high mountain passes.

Being the symbol of peace and serenity, Chortens are religious monuments built in a precise way for offering prayers. It is also considered to support faith and represent Buddha’s body.

‘So, let us take you on a religious tour to these Chortens to soothe your soul.’

What does it symbolize!!

‘Chorten is not just a religious building but it represents some meaning too!’

It symbolizes the five elements of the universe.

Isn’t it amazing? Then why not let us know more about it!

The significance lies behind it!!

Chortens are a popular attraction for the tourists visiting Bhutan but it has significance behind building it.

These are built in the memory of eminent lamas or to ride away from the evil spirits. However, if seen for religious reasons then it has been an object of devotion and faith for the entire Buddhist world.

Not just one way, Chortens can be built in many ways. The one most common way is called ‘Khangtseg’ or house Chorten.

It is merely a building with a square base which will be enclosed from all the four sides sealing of the sacred objects and relics of Buddha and the saints. Also, perhaps an ornamental roof!

‘If just reading makes it so interesting, then witnessing it with your own eyes will be amazing.’

Tranquillity of the Chortens!!

Want to view some of the classic examples of gorgeous traditions and architectures of Bhutan? Then let us guide you by availing the reliable taxi services in Bhutan to take you on a tour like no other!

This Chorten is perhaps the chief landmark of Bhutan. It is a tomb built in the loving memory of Jigme Dorji Wangchuck. It gives glimpses of the entire city down the slope and the statues and paintings inside the Chorten make it a popular attraction for tourists. 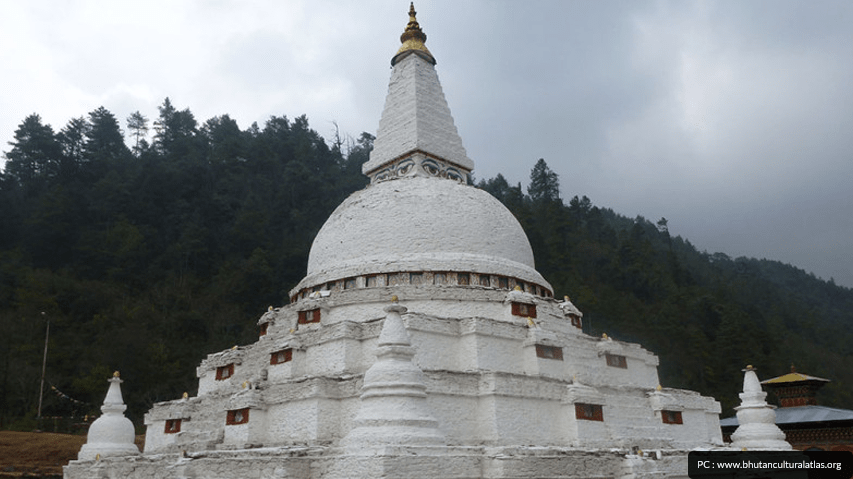 A large white structure built in the style of Swambhunath in Kathmandu is perched at the height of the ridge. It seemingly hangs in the space at the head of the valley with its ornamented yellow roof. Along with attraction it also has a religious significance. 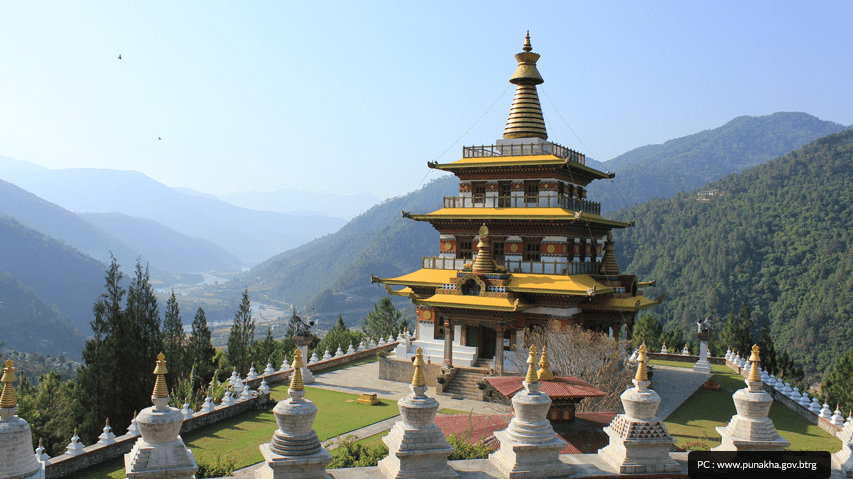 A unique Buddhist monastery, Khamsum Yulley Namgyal Chorten is located on the ridge above the valley. Overlooking the beautiful countryside, this monastery was built in 1990. The pictorial landscape of this Chorten has made it one of the must-visit places in Bhutan.

Best time to visit: Throughout the year

The Chortens stand tall making sending out vibrations of peace and tranquillity and all you need to do is to take an off and explore them to fill your heart with peace and love!